Alfundz is Back With More Heat! 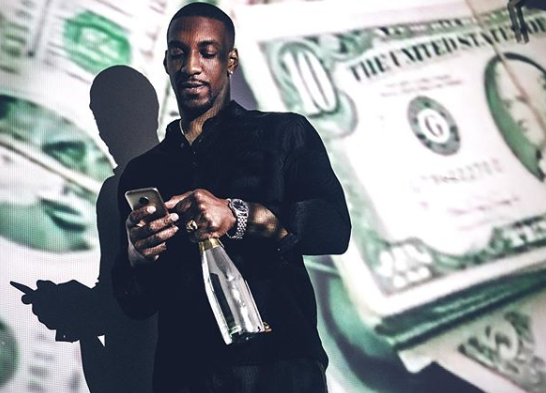 ALFUNDZ AKA Alphonso Brown, fell in love with music, at the tender age of two, truthfully, maybe even before that. The Brooklyn born MC’s dad use to play music around there Brooklyn home routinely. In his Jamaican household, everything From Reggae to R&B & Hip Hop, the music would invade each room of their home taking absolutely no prisoners.
At the age of 14, Alfundz realized that he wanted to make this dream a reality .At 15 he caught the attention of A&Rs at Sony /550 but decided not to sign. Al spent a few years in Florida pursuing his music career and a college education and came back to New York, before His daughter was born May 2011 and that blessing has been a major catalyst in his desire to explore his talent further . Co-producing and engineering his own singles independently, he’s ready to take his movement to the masses.
Enters 2015, and Al is ready to step up to the plate. The Brooklyn MC doesn’t think there’s enough balance in the current hip hop industry and his mission is to bring more of a balance to it, as well as greater variety of subject matter. Life can’t just be one big party as most rappers elude to, it’s actually a complex arena of relationships, sacrifice, current events and a mirror into the soul of it’s inhabitants. Life is more than just a turn up, and that’s a unique element ALFUNDZ is bringing to the game. His 1st single " We Like" off his imprint MOVAH ent distributed by Addventures music is a club banger and a fun record. FAST FORWARD TO 2019.
ALFUNDZ just released TWO new singles, "NOW YOU KNOW WSUP" and his Dancehall hit “SEND IT ON” which displays his versatility as a hip hop/Dancehall artist. Get ready for a breath of fresh air.
Connect:
IG: @ALFUNDZMUSIC
TWITTER: @Mynameisalfundz
www.alfundzmusic.com