DJ VIP - A Living Legend, Returning To The Industry With A Fresh Focus

DJ VIP, an innovative, forward thinking DJ is returning to the industry with a fresh focus, and new inspiration proceeding the tragic death of partner and friend Nipsey Hussle.

In 2013 DJ VIP and Nipsey began working together on a trial basis starting with their first show at the House of Blues in Hollywood, CA.  His partnership with Nipsey was an example of manifestation for VIP, for he had attended Nipsey’s show prior to their partnership, and had expressed an interest in working with him professionally.

VIP’s collaboration with Nipsey birthed the raw, authentic dynamic of the shows the late artist was known for.  Their authenticity and synergy allowed fans to connect with Nipsey’s music during live performances.

DJ VIP encouraged Nipsey to use show tracks, which would allow his voice to shine, without having any other competing pre-recorded sound.  As a connoisseur of live shows, DJ VIP prefers the use of instrumentals to eliminate any competing sounds, which to him is a “disservice to the audience’s experience”.

In 2017, DJ VIP saw a quantum leap in his successful career with Nipsey after they developed a collaborative partnership with Atlantic Records.  The record label agreed to onboard all their projects and assist with assets. As their partnership grew- DJ VIP was able to see the fruits of he and Nipsey’s labor.  They began to see larger opportunities to unveil their flawless, curated shows for the masses.

In 2018, they were major headliners for MTV’s TRL, BET AWARDS, and took over the Playboi Carti’s Broccoli Fest stage with rave reviews.

DJ VIP recalls discussions of the ‘Victory Lap’ Tour with Nipsey beginning in 2012 and 2013.  Having the opportunity to see the visions they discussed in the early years of their partnership manifest as his last tour with Nipsey, and he will always value the experience as a highlight in his career as a DJ.

Currently DJ VIP is using the wisdom from his experience with the prolific artist Nipsey Hussle  to create his lane in the industry, and make a major impact in the HIP HOP industry. 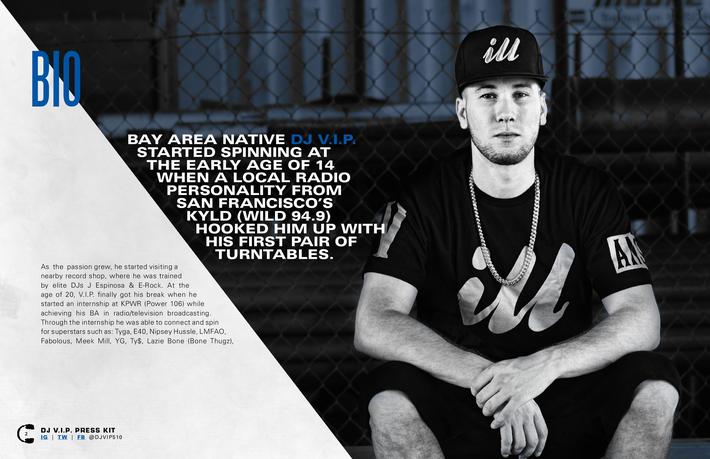 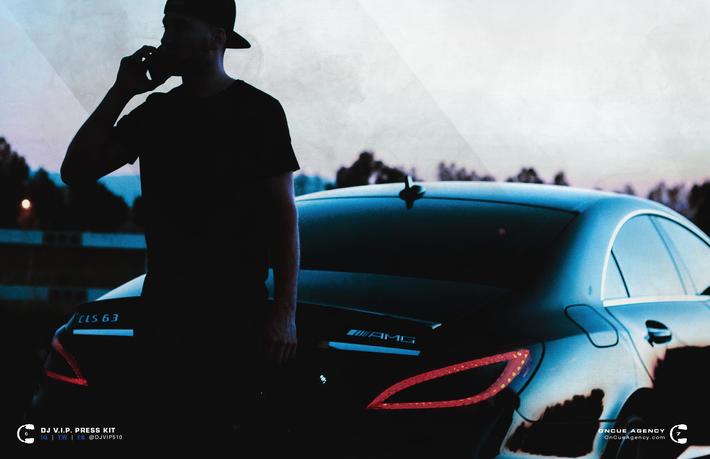 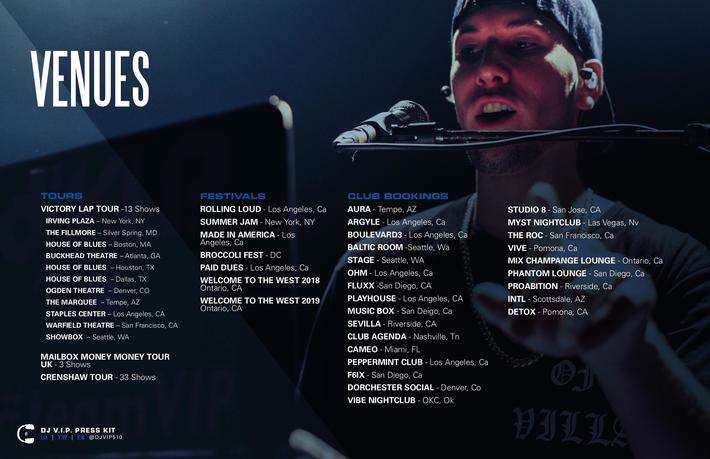 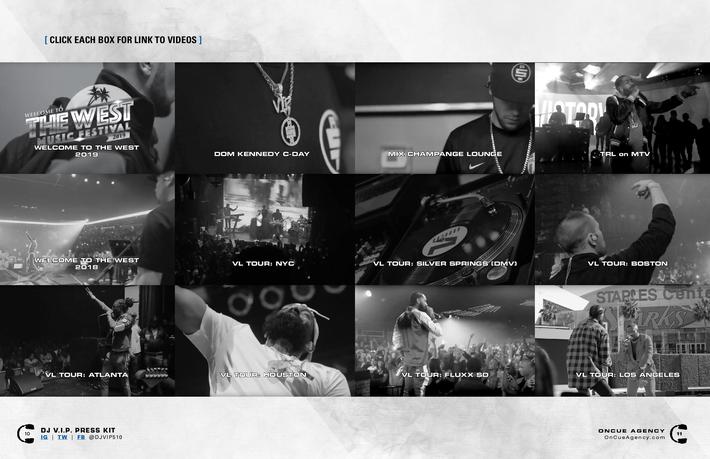